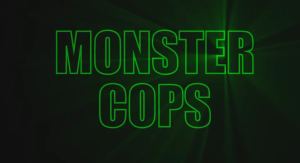 It is with great excitement that I’m announcing plans to begin work on a series of books called Monster Cops, based on the popular web series by director Patrick A. Prejusa. Currently, there is a feature film(Monster Cops: The Midnight Special) available for purchase, as well as several free episodes on the web. As I finish up the latest Gunship installment, Patrick and I are working together on bringing Monster Cops back from the dead, so to speak, and potentially launching a Kickstarter campaign to fund a second feature film. But for now, Monster Cops is certainly coming in the form of paper storytelling.

I’ll be releasing more details as the project moves along. Until then, here’s an official trailer: