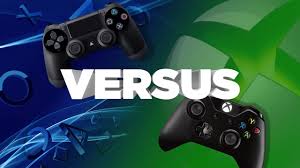 So yea, it was bound to happen eventually. As both a full-time author and lover of video games, I knew it was only a matter of time before I threw my PS4 vs. Xbox One blog out there. Hopefully it helps someone make a solid purchase this Christmas season.

PS4 – The Playstation 4 is a solid gaming system and I’ve had my hands on it quite a bit. My biggest gripe, to be completely honest, is that the PS4 doesn’t feel like a huge upgrade from the PS3. Sure, it’s better. There’s no denying it. The graphics are certainly a bit more crisp and now I have the option to upload directly to Twitch for live broadcasts. At first, that’s a very cool feature. However, I quickly learned that not many people actually care what I’m playing. If you’re knee-deep in an online sports league or something of that nature – the Twitch feature is great. Otherwise, it’s not that big of a deal. My overall takeaway is that the PS4 feels more like a PS3 1/2. When it originally launched, the price was just too steep for such a small leap forward. Now that it’s gotten more affordable, it may just be time to jump in and start gaming. The PS4 currently has a strong list of games and is selling much better than the Xbox One. My personal favorite is the Call of Duty: Black Ops 3 bundle this holiday season. It’s flying off the shelves and likely won’t be available for much longer.

Xbox One – Otherwise known as the XBone, the Xbox One is just starting to gain a little momentum. Unless you’ve been living in a cave, you already know that the PS4 has been outselling the Xbox One by a large margin. This Christmas, you might just see that begin to change. Highly-anticipated games like Halo 5: Guardians and Gears of War 4 have combined with a very attractive price that’s quickly helping Microsoft catch up to the PS4. Side-by-side, the PS4 looks just a bit more polished, but it’s barely noticeable. The Xbox One is also the likely choice for cord-cutters as it offers a huge selection of apps (Netflix, Hulu, Sling, etc.) compared to the PS4. As of right now, the Xbox One is packing a lot in the boxes of its consoles and offering insane deals which give customers a lot of bang for the buck. My personal favorite leading up to the holidays happens to pack in 3 complete games and a 1TB hard drive, which is the new rage in gaming (as a bonus, Amazon is including a $50 credit off of your next Amazon purchase).

Clingers – There’s a third group of gamers this time around and you won’t hear about “clingers” on other blogs…because I just coined it. The gaming industry is seeing a record number of gamers stay behind and continue their PS3 and Xbox 360 commitments. Simply put, there are a lot of legit games for both systems and this holiday season, we’re seeing a dumpster fire of consoles that are still in stock. You can literally pick up a brand new console (either) with a huge hard drive and several free games for about half of the cost of a next-generation console. They do most of what the new generation of consoles do and they look pretty close in terms of graphics. Are you better off buying a last-generation console? That’s not for me to decide, but I will say that both the Xbox 360 and PS3 have offers this year that are attractive enough to consider.

My final thoughts on which next-generation console is a better purchase this Christmas? I personally believe that the Xbox One will be your best bet. This isn’t to slight the PS4 in any way, but I’m already hearing horror stories of the PS4 being sold out and that’s likely to get even worse with Black Friday approaching. Meanwhile, the Xbox One is selling, but it remains stocked well on store shelves. Unless you plan to stand in line for doorbusters and are prepared to get into swinging matches with other PS4 owner-hopefuls, I’d plan on embracing the Xbox One console. I have a Yoda-like sense when it comes to gaming and my gut is telling me that 2016 will be the year that Microsoft finally catches up (or even passes) Sony. Their upcoming list of games is just that strong. I’d also consider a PS3 or Xbox 360 bundle if you’re on a budget. Normally I wouldn’t do that, but they’re just getting stupid with the prices at this point. Both companies are practically giving their older models away and I can tell you from lots of experience – there’s good gaming to be had on both of them. 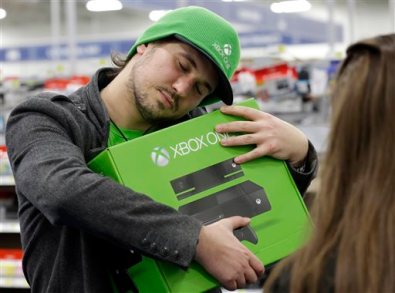